Top 10 kitesurf destinations: our pick of some of the best

Top 10 kitesurf destinations: our pick of some of the best

Choosing your next kitesurfing holiday destination can be a daunting prospect with a wide and varied number of resorts on offer. A chance to snag some fabulous riding, get yourself some kitesurf instruction and ditch the neoprene. Here are the Top 10 kitesurfing destinations to help make your choice slightly easier.

Antigua is a fabulous Caribbean location that, although doesn’t get the wave action of some of its neighbouring sibling islands, does offer kitesurfing some amazing freeride conditions. With regular and consistent trade winds, gloriously azure coloured water and a vibrant, warm and friendly population, Antigua would be a good bet for your next kitesurfing holiday.

Famous for its surf breaks, home of waterman Brian Talma and windy to boot, Barbados is another Caribbean island that has embraced kitesurfing. Much of the kiting action takes place around the south western tip but the whole circumference offers kitesurfing opportunities – depending on skill levels.

Situated in Northern Peru it’s home to the longest kitesurfable wave in the world, and in our opinion is the best kitesurf wave spot on the planet! You can find bigger waves in places like Maui and Mauritius, but in terms of reliability and perfection it really doesn’t get any better. Imagine set after set after set rolling and peeling for almost 1 km!

In recent years this area has become very popular with Kitesurfers with the best wind from December to March and then also in July – September. There are now a number of hotels in the North and South East with on-site Kitesurf centers offering all levels of instruction and safety support.

The Island of Sal in the Cape Verde islands (just of the coast of North West Africa) is one of the most reliable kitesurf holiday destinations for the winter season from November to April. There really are not that many ‘short haul’ destination during this period to the Cape Verde islands should be considered as a good choice if you do not want to fly more that 5 to 6 hours for a weeks holiday.

Essaouira is situated on 4 Km of slightly descending beach, allowing easy launching and learning. The long gentle waves are ideal for inexperienced wave riders. Further down wind in the bay are bigger waves, measuring between 1 and 2 meters. For more wave spots it’s an easy trip to visit Moulay or Sidi Kaouki, a mere 20 minute drive. There you will be confronted with big powerful waves, ideal only for experienced wave riders.

Robby Naish (legendary Maui waterman) described Porto Pollo as one of the best spots he’d ever visited – we agree and have added it to our top 10 kitesurfing destinations. With its two horseshoe shaped bays and consistent summer winds, Porto Pollo offers kitesurfing and quintessential Italian culture all wrapped in one package.

Fuerte (as it’s more commonly referred to) has long been on kitesurfers’ radars and still continues to draw riders all through the year. With its diverse bunch of set ups, from flat water to waves, all types of kitesurfers will find their own kiting paradise in Fuerte.

Cape Town is one kitesurfing Mecca that every rider should have on their top 10 kitesurfing destinations or bucket list. A winter kiting playground, SA serves up freestyle, freeride and wave riding conditions on tap. A unique and diverse cultural location, Cape Town is definitely one to tick off.

Le Morne bay on the southern side of Mauritius has, in recent years, become synonymous with kitesurfing. Offering a number of awesome wave set ups (including the notorious One Eye) as well as a fabulous flat water playground inside the bay, Le Morne is a tropical kitesurfing paradise at its best. Mauritius also happens to feature the world class Tamarin bay surfing wave just up the coast…

This will hopefully give you some inspiration of where to head for your next kitesurfing holiday. Whatever your preferred types of riding, you’ll find something suitable for you. 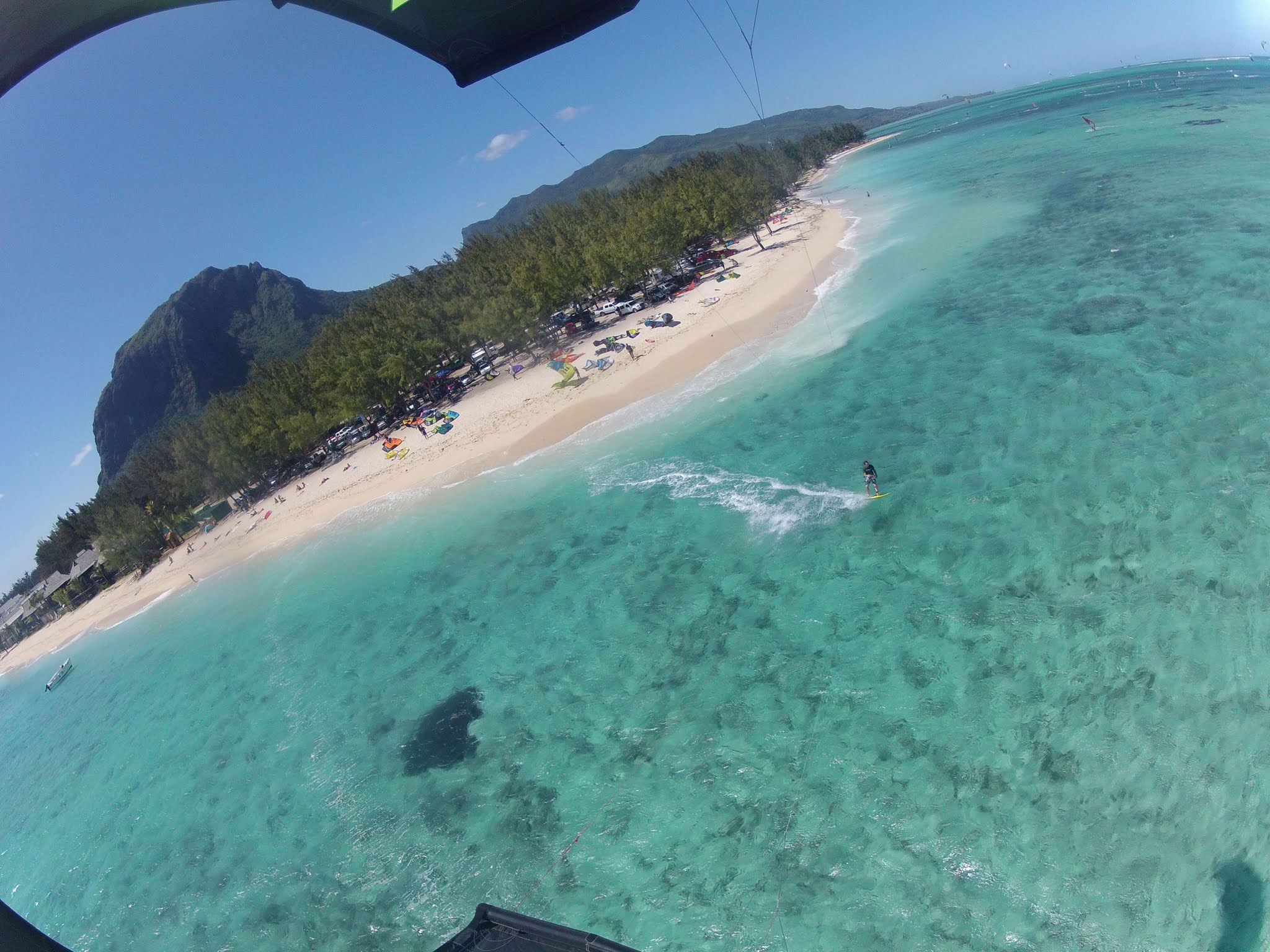 The Indian Ocean Is Calling

A glimpse into Mauritius’ many kiting spots